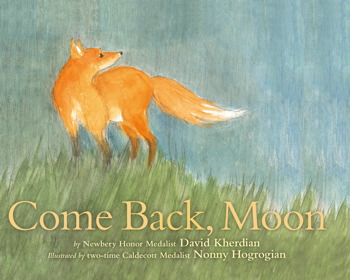 The only animal that sees the bear stealing is Owl, while the other animals in the forest like Sly fox, crow, opossum, raccoon, and skunk wonder where the moon has gone. Later all the animals take the help of owl to know the whereabouts of the night king of the sky. The owl leads them to the bear’s den. How can they get the moon back?

The animals create a plan to safely return him home. They do many things like Crow distracting bear by telling him a goodnight story which sends the bear into a deep and peaceful sleep. While the fox quietly recovers the hidden moon within bear’s pillow. In the end, all the animals celebrate and dance under the bright light of the moon, except the bear who is sleeping deeply.

Once you are done reading this do let us know how do you like the book. We would love to know your experience.

Similar children’s book about the moon.